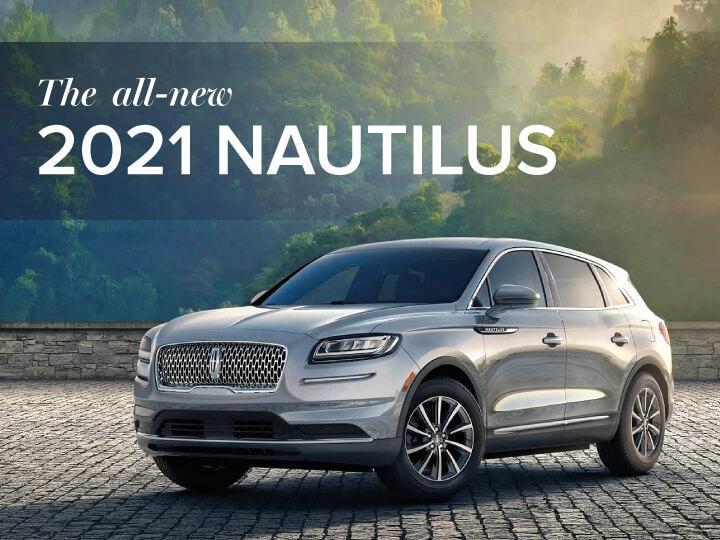 2021 Lincoln Nautilus, the charm of a new interior

The Lincoln Nautilus is the perfect example of the Lincoln philosophy. Since its introduction, it has embodied the evolution, composure, comfort and inspired driving that are the hallmarks of the luxury vehicle. The year 2021 is no exception, as the Nautilus receives numerous changes that make its interior even more inviting.
As such, this refresh brings the Lincoln Nautilus in line with the rest of the Lincoln model lineup. The exterior gets a slight update with a refreshed front fascia, but the big changes happen inside.
Among the new features, an all-new dashboard design highlighted by a new Sync 4 infotainment system and a 13.2-inch touchscreen display establishes the luxury SUV's personality.
The stereo and climate controls are logically placed on a separate panel below the push-button shifter, and a storage bin with a sliding cover houses the USB/USB-C ports and wireless charging station.
The Nautilus' new dashboard layout emphasizes horizontality, bringing it closer to the Corsair, Aviator and Navigator. The shifter still uses pushbuttons, but instead of the previous vertical layout, the buttons are now arranged horizontally in the form of "piano keys" in the center of the dash, just below the air conditioning vents. This ergonomic configuration facilitates ease of use while maintaining the sleek and refined look of the Nautilus cockpit.
In keeping with Lincoln's "Quiet Flight" philosophy, even the on-screen graphics are relaxing. The main background is Lincoln's new "Constellation" theme - a charming "dusk to night" image with shades of dark blue, stars and an orange hue at the bottom. If you REALLY don't want to be distracted, there's even a "quiet screen" setting that displays only the time and date on a blue background.

Ultra models are powered by a 2.0-litre turbocharged 4-cylinder with 250 horsepower and are available with standard all-wheel drive. Ultra + versions also come standard with all-wheel drive and upgrade to a 335-horsepower 2.7-litre twin-turbo V6.
The Lincoln Co-Pilot360 Plus technology package is also standard. It includes adaptive cruise control with the stop-and-go capability and lane centering, a steering assist system, an enhanced active parking assist system and a 360-degree surround-view camera.
For 2021, the Nautilus also gets Lincoln's Phone As A Key technology via the Lincoln Way smartphone app, allowing owners to leave the traditional key fob at home. Phone As A Key allows the vehicle to be locked, unlocked and started remotely, and the app also opens the tailgate, opens or closes the windows, and activates the horn and headlights to help locate the vehicle in a crowded parking lot.
Dynamically, the Nautilus drives like its interior and exterior styling suggests: a relaxed, sophisticated attitude. The suspension is tuned for comfort. The steering is geared more toward a smooth feel, but it's responsive and precise.
When you think of a mid-size luxury vehicle, the 2021 Lincoln Nautilus stands out for its comfort, style and quiet charm.

We can help you !

Choose a vehicle in stock

You can also write us !

Fill the form below for an information request. One of our representants will contact you shortly.

Until October 15, 2020 and from October 27 to November 30, 2020, receive 0% APR purchase financing on new 2020: MKZ, Continental, Corsair, Nautilus or Aviator for up to 60 months to qualified retail customers, on approved credit (OAC) from Lincoln Automotive Financial Services. Not all buyers will qualify for the lowest interest rate. No down payment required subject to the approval of credit by Lincoln Automotive Financial Services. Taxes payable on full amount of purchase price. All purchase finance offers include freight and air tax charges but exclude options, license, PPSA (not applicable in Quebec), RDPRM registration and related fees up to $52 (only in Quebec), fuel fill charge, insurance, dealer PDI (except in Quebec), administration fees (except in Quebec), and taxes.